The EarthScope Automated Receiver Survey (EARS. http://ears.iris.washington.edu) is a fully automated data product that queries the IRIS DMC Web Services in order to calculate bulk crustal properties of stations as new candidate data arrive (Note: prior to data day 2013-08-05, EARS was monitoring the USGS/NEIC weekly PDE (WHDF) catalog for new events). Through its processing sequence, EARS calculates the receiver functions and transforms them from the amplitude-time domain to amplitude as a function of crustal thickness, H, and the Vp/Vs ratio, K, using the predicted travel times of the Ps, PpPs and PsPs/PpPs phases over a suite of single-layer models. The calculated H and K values are then weighted based on the instantaneous phase of the receiver functions and an HK stack is formed for the station to allow estimation of its crustal thickness and Vp/Vs values (see figure).

Additional details of the processing model used within EARS can be found in chapter 4 of Philip Crotwell’s dissertation. The following maps show some of the latest results obtained by EARS for the Transportable Array (TA) component of the USArray. 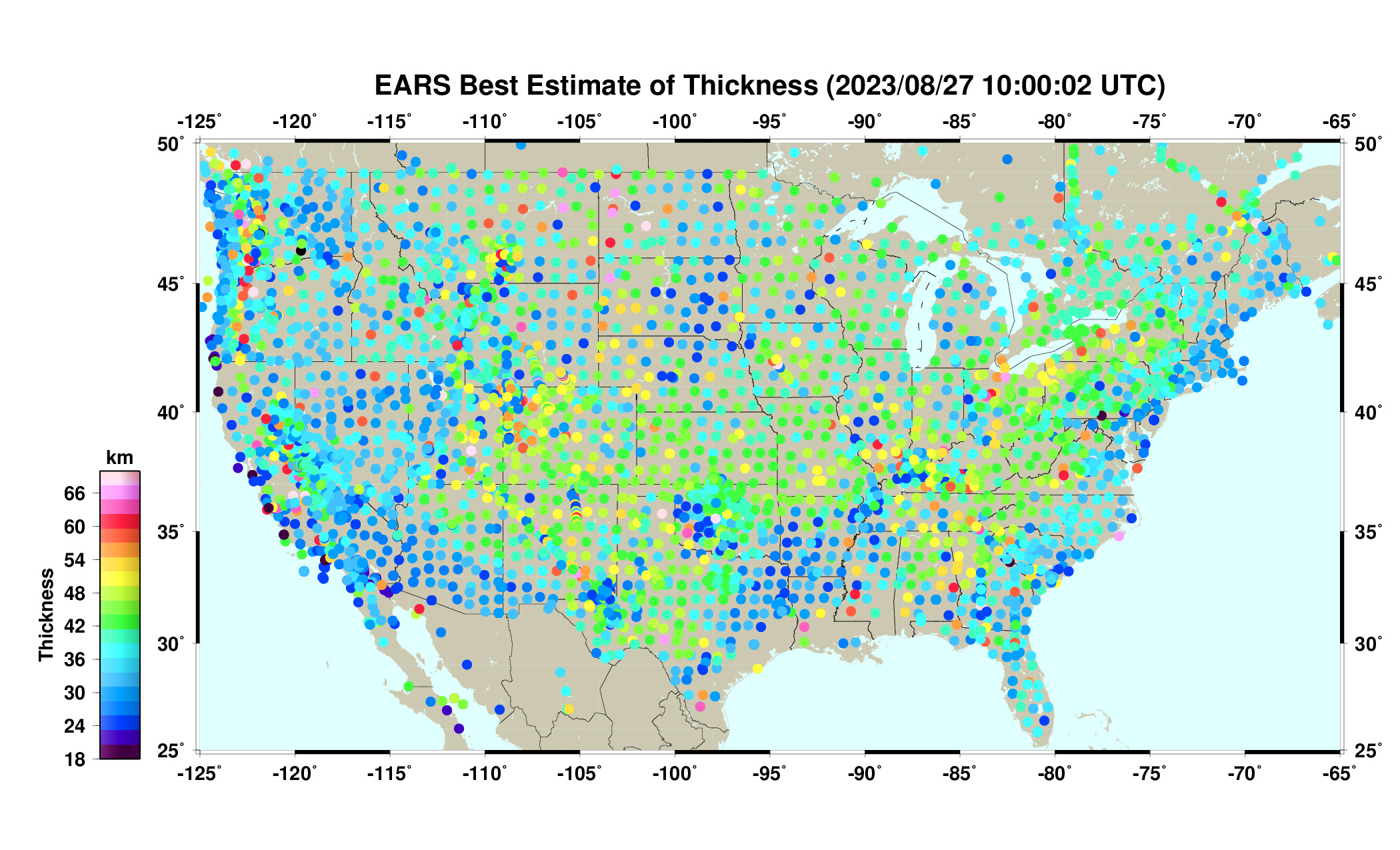 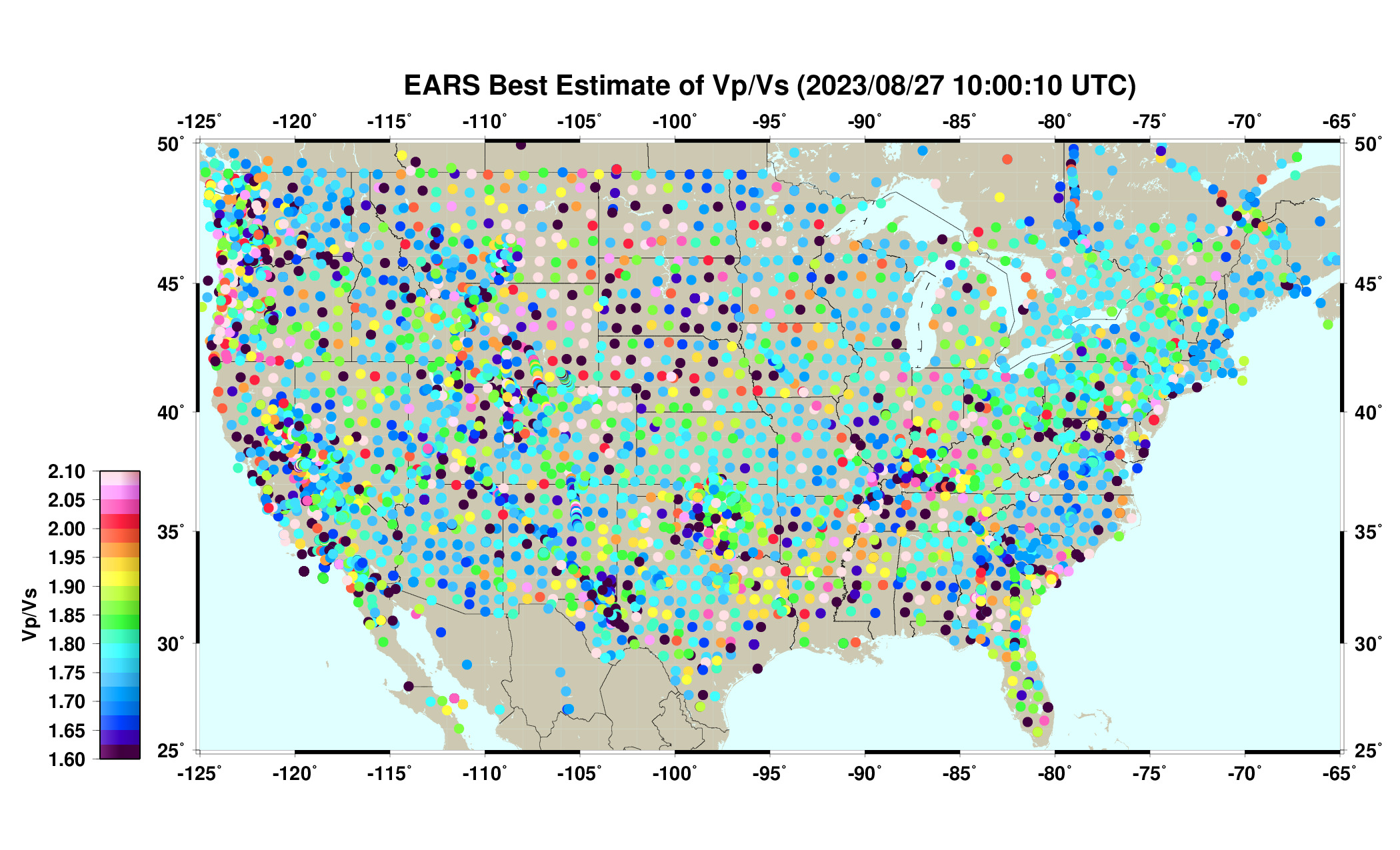 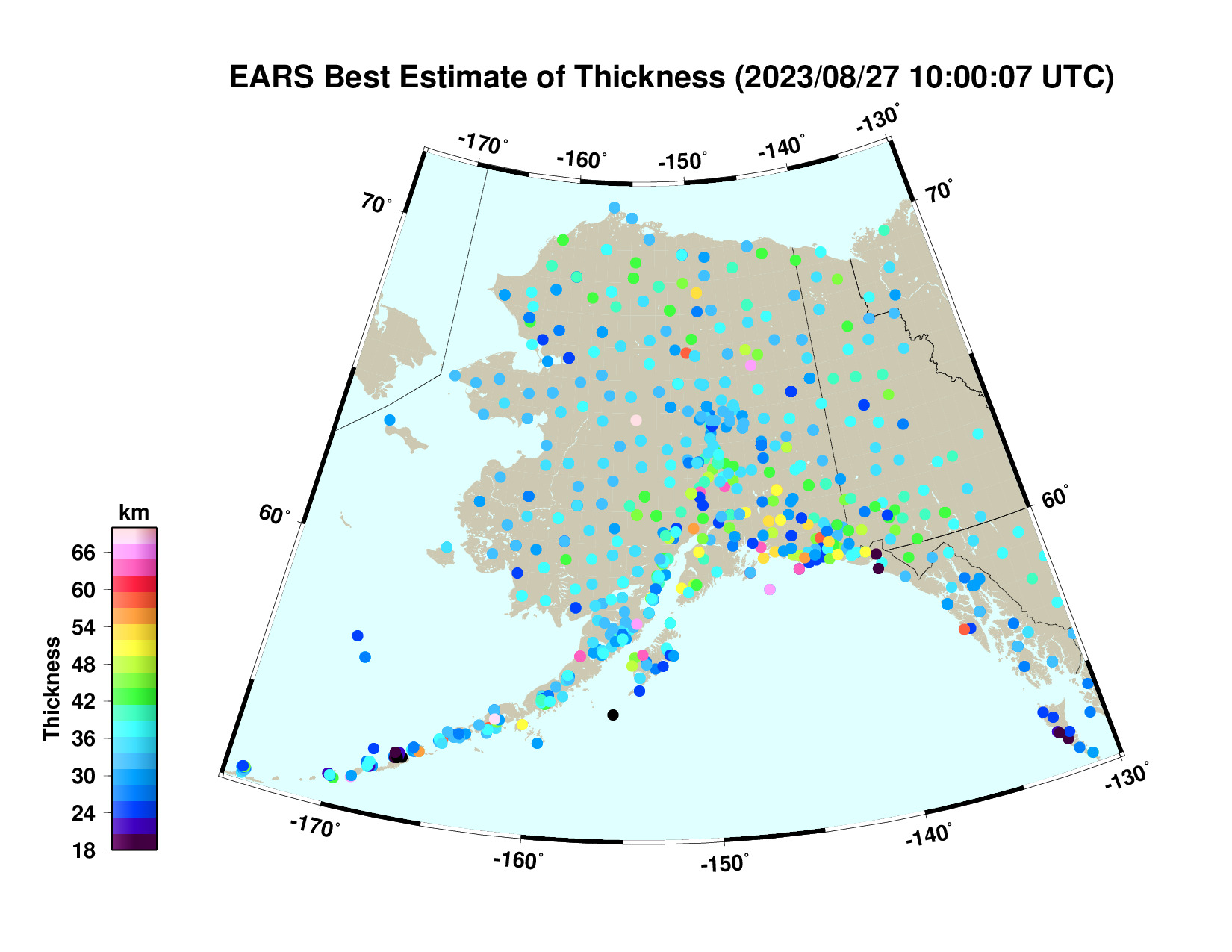 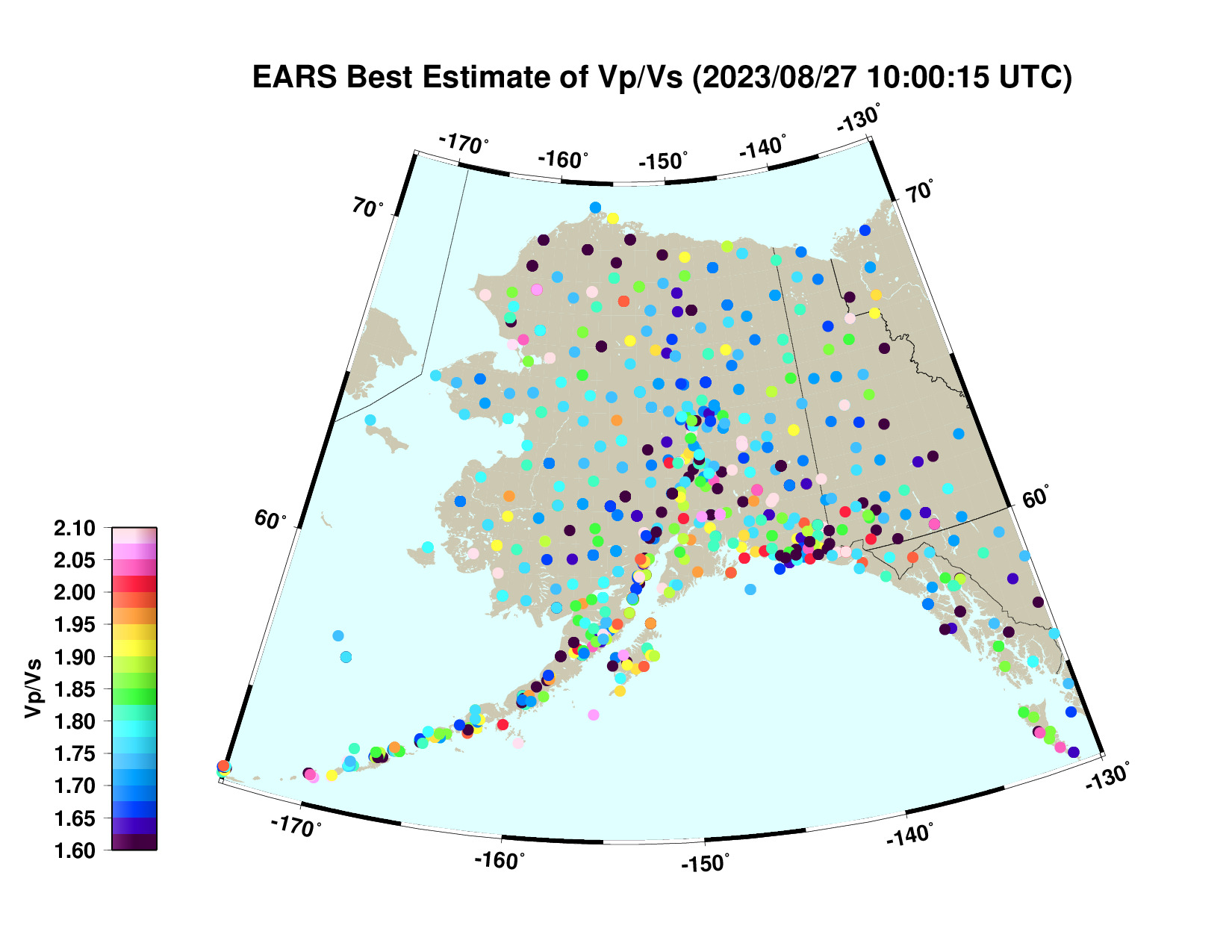 Use the EARS web interface (http://ears.iris.washington.edu) to download the event-based or station-based receiver functions. 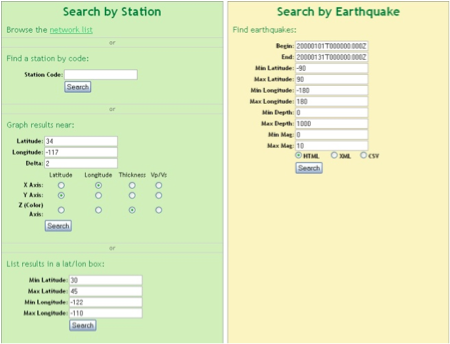 To download receiver functions for multiple stations and/or events, use the helper Python scripts (the usage instructions are included).

To cite the IRIS DMC EarthScope Automated Receiver Survey (EARS) or reference the use of its repository:

To cite the source of EARS:

IRIS DMC has been certified as a trusted repository by the ICSU World Data System (WDS)
Page built 17:24:14 | v.e7d5ec69