The horizontal to vertical spectral ratio (HVSR) of ambient noise could be used to characterize site response of seismic stations. We propose to create a site response database for the USArray TA station in Alaska to provide information on HVSR anomalies due to extreme seasonal temperature variations and/or presence of unconsolidated sediments under some TA stations. The proposed product will be based on the development of two open source Python scripts that could also be used by users to obtain HVSR for from PSDs for other stations. These scripts would: 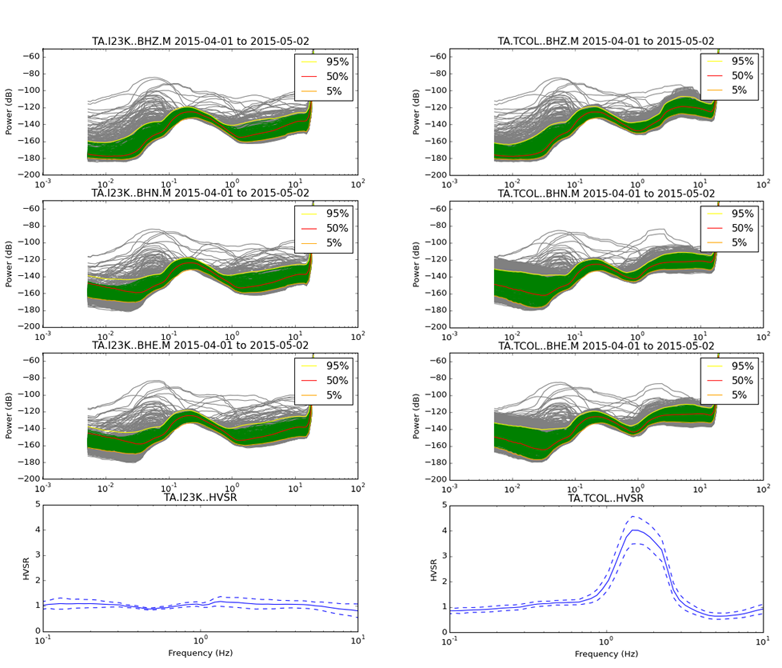 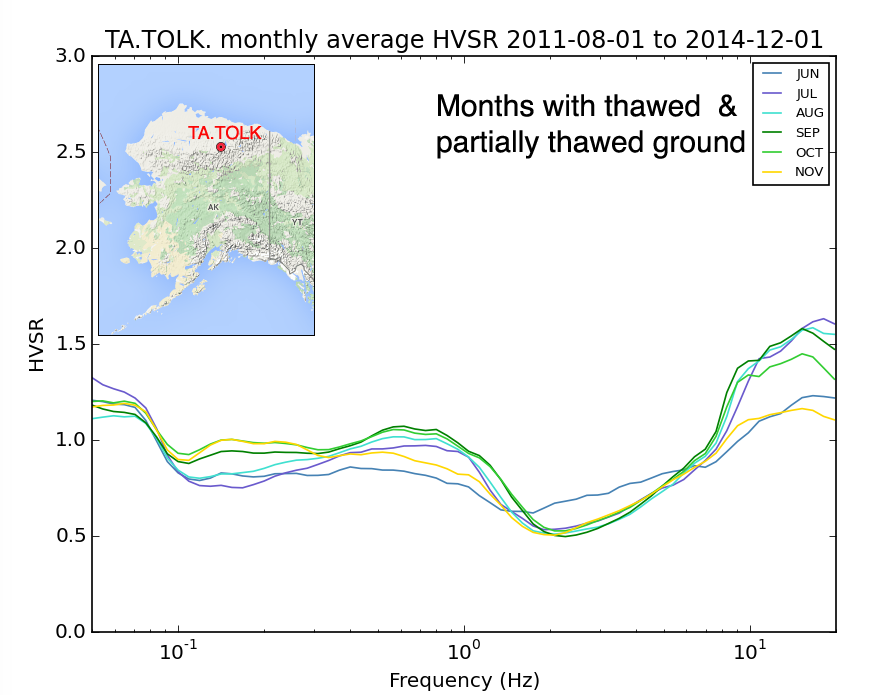 Figure 3. Average monthly HVSR computed for the months with thawed and partially thawed ground (June – November, 2011-2015) for the TA station TOLK (Toolik Lake Research Station) in Alaska showing increase in HVSR in the frequency bands of 0.4 to 1 Hz and 8 to 10 Hz with the highest HVSR levels in July-October. June and November HVSR represent transitional levels with lower HVSR. 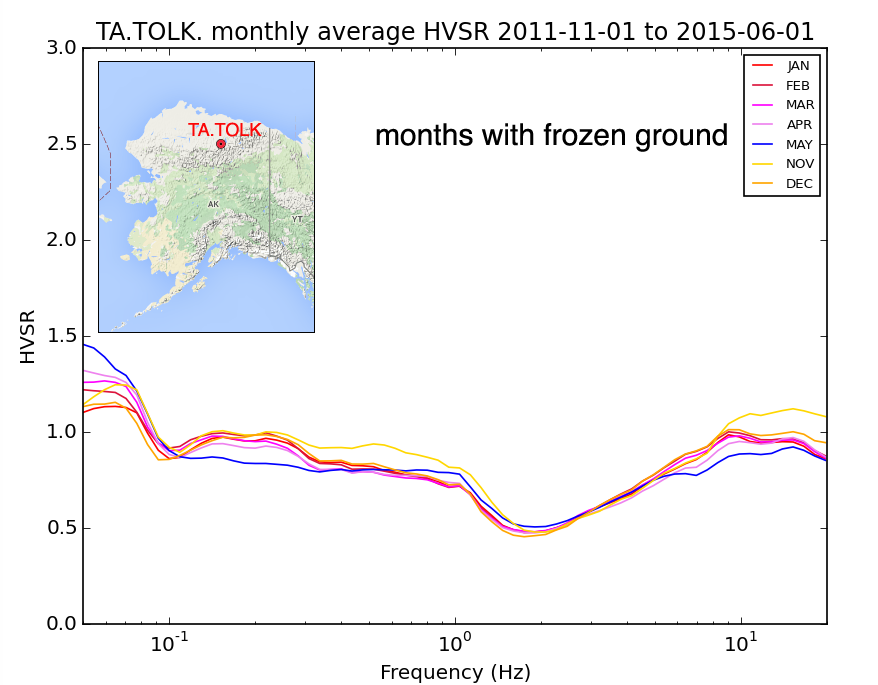 PLEASE DO NOT QUOTE OR CITE THIS PAGE. THIS IS A WORK IN PROGRESS.

IRIS DMC has been certified as a trusted repository by the ICSU World Data System (WDS)
Page built 07:42:07 | v.e7d5ec69