People will soon be able to download a new type of data: hydrophone ‘seismograms’ of P waves recorded by Mermaids, autonomous robots floating deep under water that will surface whenever they detect a P wave signal and transmit it by satellite.

Recording teleseismic waves in the oceans was shown to be possible by prototype Mermaids in the Mediterranean and the Indian Ocean. [A. Sukhovich et al., Seismic monitoring in the oceans by autonomous floats, Nature Comm., 6:8027, 2015.] Since the sensors float passively with the abyssal currents, Mermaids avoid the redundancy that is typical of (fixed) land-based networks, and even a few hundred such instruments can fill the gap in data coverage that hampers seismic tomographers. At present the Mermaid is fully functional for seismology, and already offers the option to combine seismological and oceanographic research by adding a salinity/temperature sensor (CTD).

The latest version of the Mermaid can do even more than that, since it has the capacity to host up to eight different sensors. Currently, a software library is being developed that allows individual scientists to write their own code and tell the Mermaid what to measure and what to transmit. Once that is finished (expected in 2019), the Mermaid will be a truly multidisciplinary instrument. The perspective of developing a global monitoring system for the oceanic environment that serves not only seismologists, but biologists, meteorologists, geochemists and oceanographers led a group of geophysicists to start thinking about EarthScope-Oceans or ESO. After two informal get-togethers during AGU Meetings, the formal ESO Steering Committee, headed by Frederik Simons of Princeton University and Yongshun (John) Chen of SUSTech, was established during an intensive two-day workshop in June at SUSTech’s campus in Shenzhen (China).

IRIS is involved through ESO’s Data Committee, presided by Tim Ahern, and will certainly play an important role in making efficient data distribution possible. Data from a recent tomographic experiment with nine Mermaids near the Galapagos islands will soon be released, and plans to launch one hundred Mermaids in the Indian Ocean and up to thirty in the South Pacific by 2018 are well under way. SUSTech is leading the effort, with important contributions from Jamstec and Kobe in Japan and the universities of Strasbourg and Nice in France. Princeton is planning a deployment of ten instruments in the western Atlantic.

ESO is expected to go multidisciplinary when the fully programmable version of the Mermaid is ready. Being able to share costs among different sciences will greatly facilitate the financing of a global network. ‘We are spending $600M to put one seismometer on Mars, whereas a global network of 1000 Mermaids, operating for five years costs only 10% of that’, said Guust Nolet. ‘And it can be realized within three or four years, against fifteen or more for a typical space-based program. For the European Union and for countries such as China it provides a unique opportunity to assume an important leadership opportunity’.

For more information, visit the ESO website at www.earthscopeoceans.org. The data that were obtained while testing early Mermaid prototypes can be accessed here. 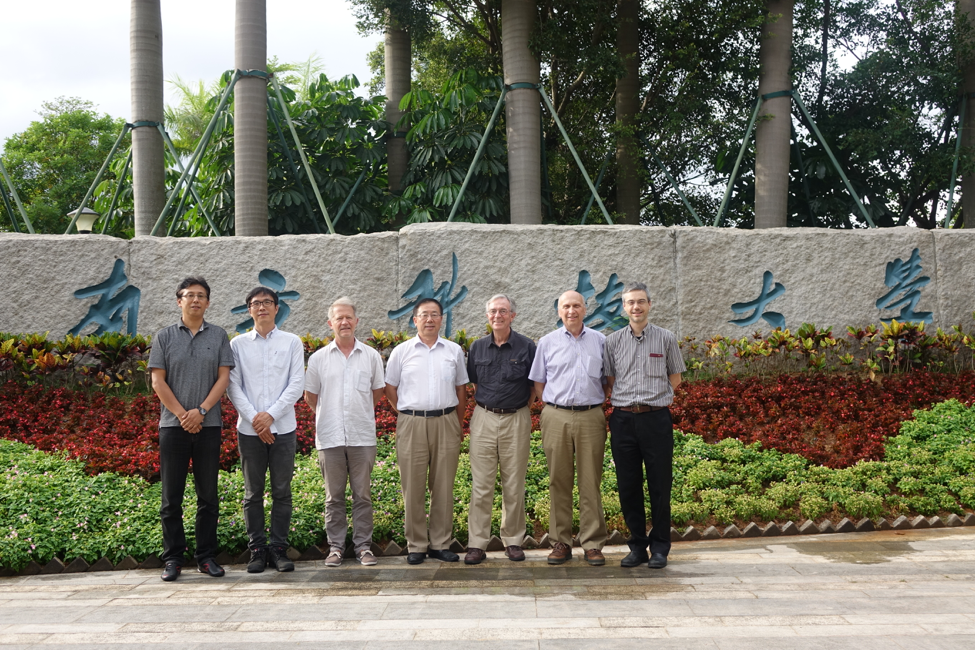 IRIS DMC has been certified as a trustworthy data repository by the CoreTrustSeal Standards and Certification Board
Page built 10:09:27 | v.f89ad02a